The New York State Climate Leadership and Community Protection Act (CLCPA) was signed into law in July 2019. The law calls for New York to reduce economy-wide greenhouse gas emissions 40 percent by 2030 and 85 percent by 2050 (from 1990 levels). A 22-person committee called the Climate Action Council (CAC) has been tasked with coming up with a plan to achieve these goals. To assist the CAC, several advisory panels were created. The Energy Efficiency and Housing Advisory Panel and Transportation Advisory Panel were the two sector panels of interest to the New York State Energy Coalition (NYSCEC).

The current timeline for CAC work is to have a Draft Scoping Plan in place by December 2021, followed by a series of public hearings and a comment period. At that point, the CAC will review comments, consult with state agencies, the Environmental Justice Advisory Group, the Climate Justice Working Group, and all interested parties, and send forth another Scoping Plan to the governor and state legislature. The plan will be finalized by December 2024.

The Energy Efficiency & Housing (EEH) Advisory Panel has met in public 10 times to discuss carbon reduction in thermal space heating. The panel’s focus was the elimination of fossil fuel use and replacing all such fuels with renewables. While the state’s climate consultants, a firm called E3, recommended an all-renewable fuels approach to meeting the state’s climate goals, unfortunately, the EEH was focused mainly on electrification. It is important to note that during these meetings, the staff of the New York State Energy Research & Development Authority (NYSERDA) and the Department of Environmental Conservation (DEC) spoke to the need for transition fuels, including biodiesel at B50+, and the cost impact of electrification and heat pump installations ($20,000-$30,000 per household), yet the Advisory Panel members chose to focus on how to best raise funds to pay for electrification.

NYSEC, along with the National Biodiesel Board (NBB) and Empire State Energy Association (ESEA), submitted three joint comment papers advocating for the use of biodiesel as a replacement fuel for ultra-low sulfur diesel, which achieves an average 73-percent reduction in carbon emissions from the home heating sector. The comments stressed that biodiesel is the only energy source that provides a 100-percent replacement, is in ample production and is generally available at no additional cost to the consumer outside of some minor technical adjustments to home heating appliances for B50 blends. Additionally, the comments spoke to the health benefits of replacing petroleum with biodiesel in space heating (more about this on the next page).

A positive take-away was that CAC members noted the absence of biodiesel as a source of low-carbon space heating — though mainly as a transition fuel — and that it contributes to immediate carbon savings versus waiting for electrification. This has opened the door for NYSEC and its association partners to bring forth a higher-level biodiesel blending proposal.

Next Steps for Space Heating

Shenker Russo & Clark will be working with NYSEC, NBB and ESEA to help perfect a recommendation to transition the state’s 1.4 million heating oil households to biodiesel, not electric heat pumps, at B50 (for a 37 percent carbon reduction) and ultimately B100 (for a 73 percent carbon reduction). These blend levels are important to reach because, as illustrated in the Providence Resolution, they closely match up with the Northeast states’ carbon reduction goals.

NBB was very active with the Transportation Advisory Panel in promoting a Clean Fuel Standard similar to the California Low-Carbon Fuel Standard, or LCFS (Editor’s note: More about this program in “Going Back to Cali” from this month’s issue). A clean fuel standard is a market mechanism to reduce CO2 emissions and pollution in the transportation sector. The program effectively makes polluters pay for the development and employment of clean fuels, including electricity, through a credit-trading system based on total lifecycle emissions. The LFCS has helped California reduce carbon emissions by 20 percent, and U.S. Energy Information Administration data show that there has been no increase in diesel fuel costs in the 10 years in which the program has been in effect.

The panel also recommended New York join the Transportation Climate Initiative (TCI), a cap and invest program, which would implement a carbon tax on higher carbon-emitting fuels, increasing gasoline and diesel costs by approximately $0.15-$0.20 per gallon. As a related option, the panel also proposed an economy-wide carbon tax.

Next Steps for Transportation

On June 30, 2021, NYSEC hosted a webinar on the LCFS in order to educate members on the program and how it could be implemented in New York State. The webinar, provided by NBB Director of State Government Affairs Floyd Vergara, discussed how the program works as well as the design and implementation considerations that would be critical for this program’s applications to the space heating sector. As a side note, NBB will be advocating with the CAC for inclusion of only the LCFS in the Climate Change Scoping Plan.

The study looked at 13 cities across the country. The space heating locations were the Bronx and Albany, New York; Hartford, Connecticut; Providence, Rhode Island; and Boston, Massachusetts. The transportation cities were in California, Oregon, Washington and Colorado. The areas studied were census tracts and the five-mile radius surrounding them, thus small population areas. Preliminary results of the study show the use of biodiesel in space heating reduces cancer rates by 85 percent in surrounding areas, as well dramatic reductions in cases of asthma, premature deaths and lost workdays.

The results for the Sotomayor Housing Development in the Bronx, including the surrounding five-mile diameter area, yielded an estimated reduction in cancer burden by 85 percent (10 cases), which — along with 16 fewer premature deaths, 10,848 fewer asthma attacks, and 2,304 fewer lost workdays — equates to a valuation of about $137 million in avoided costs. In the Albany site, biodiesel would also reduce the cancer burden by 85 percent and prevent 65 asthma attacks and 15 lost workdays, with avoided costs of $1.23 million in that area alone.

The results are equally impactful for the transportation sector. In the eight localities examined, using biodiesel instead of petroleum diesel will reduce cancer rates by 44 percent and avoid 310 premature deaths, 203,000 asthma attacks and 42,000 lost workdays.

These benefits are becoming an important aspect of NYSEC’s advocacy for biodiesel use, especially due to the positive health impacts it has in disadvantaged communities where fossil fuel use is more common and substituting biodiesel will greatly improve the air quality.

Michael Trunzo is Director of Government Affairs at Shenker, Russo & Clark LLP and Counsel for the New York State Energy Coalition. He can be reached at michael.trunzo@srclawoffices.com. 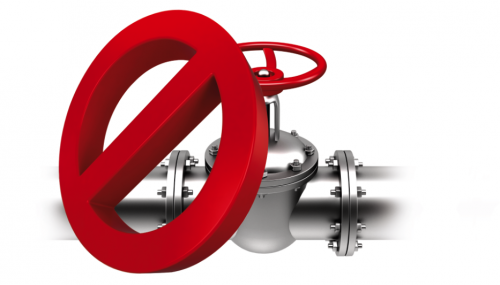 Fossil Fuel Ban Back in Brookline