According to a study released in March by market research consultancy The Freedonia Group, U.S. demand for air-source heat pumps will increase 2.5% per year through 2021 to $2.1 billion. Love them, hate them, or leave them alone, heat pumps are here to stay.

To date, the Oilheat industry has adopted two main tactics for dealing with heat pump market encroachment: one co-optive, the other combative. On the one hand, heating oil dealers can protect (or possibly grow) their market share by promoting heat pumps as supplemental equipment that provides homeowners with some extra oomph on really cold nights, can take over for the primary heating system on a milder winter day, and offers cooling power during the summer. On the other hand, Oilheat dealers and associations must remain wary of electric utilities that seek to corner the market on heat pump sales, and of policymakers who can help the utilities do so via energy-biased legislation and incentive programs.

However, thanks to the work of the National Oilheat Research Alliance (NORA) Research and Development Program, it now appears as if there may be a third approach coming into view over the horizon; one that goes beyond co-opting electric heat pumps to actually integrate oil-burning technology into the heat pump system while increasing both its energy efficiency and heating power. 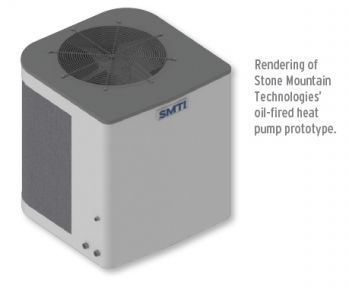 Tennessee-based manufacturer Stone Mountain Technologies is the primary developer of fuel-fired heat pump technology. “Until recently, most of the company’s efforts were concentrated on gas-fired heat pumps,” explains NORA Director of Research Dr. Thomas Butcher, “but under a new project with NORA, they are exploring oil conversion of this technology.”

Listening to Dr. Butcher speak, one immediately gets the feeling that this is a man who truly loves his work. At the NORA Liquid Fuels Research and Development Laboratory in the quiet New York City suburb that is Plainview, Long Island, the scientist who some would argue single-handedly revolutionized the oil-fired boiler now turns his attention to the development of an oil-fired heat pump.

“These are ammonia-water absorption heat pumps,” Dr. Butcher says, offering a quick crash course on the device. “Let me discuss the operation in a heating mode. In this case, the refrigerant, ammonia, evaporates in an outdoor coil absorbing heat from the outside air. This evaporated ammonia is then absorbed into liquid water and the ammonia/water mix is pumped to a higher pressure.

“It is then necessary to separate the ammonia from the water, and this is done by adding heat from an oil burner. The vaporized ammonia is then condensed to release its heat and provide heat to the home. So heat from outdoors and heat from the oil burner are combined to heat the home.”

If this sounds like a lot of work for little reward, Dr. Butcher is quick to belie that notion. “The end result is that for every 1 unit of heat from the oil, some 0.6 units of heat are taken from outside and 1.6 units of heat are delivered to the home.” In a nutshell, the oil-fired heat pump increases the fuel’s already-excellent heating power by some 60%.

Clearly, with that kind of capacity, the oil-fired heat pump does not just supplement an existing oil-fired boiler or furnace, but rather replaces it altogether, providing all the heat needed throughout the year and doing it in a much more efficient manner than electric heat pumps ever could. “The liquid fuel-fired heat pump has the strong potential for lower operating cost and lower primary energy use,” Dr. Butcher says, noting, “Electricity is generated with an efficiency, on average, of about 38%.”

While increased fuel efficiency can cut into gallon sales, many would argue the marketable advantages of the system’s environmental benefits outweigh any potential downside. Dr. Butcher, for one, recognizes in the oil-fired heat pump a future that is already in sight. He points to a study coming out of Europe that claims half of the continent’s space heating could be renewable within 20 years, thanks to hybrid systems combining air-source heat pumps with condensing gas boilers. “Certainly all heat taken from the outdoors by the heat pump is renewable,” he notes.

“The new prototype combines Bioheat®, which includes a renewable component in biodiesel, with the renewable aspects of the heat pump,” Dr. Butcher explains. “Moving forward, it is important for Oilheat to have a pathway toward a sustainable future. The combination of Bioheat and the heat pump is a very important step in that direction.

“As is the case with any heat pump, the performance of the oil-fired unit is climate dependent, and heating performance will be better in milder climates such as the mid-Atlantic region. However, under this project the focus is on the Northeast, where Oilheat is most common, and the manufacturer has made the case that this system can work technically and economically in the Northeast.”

But just how far along is this technology, and when can technicians expect to see it? “Currently the oil-fired version of the heat pump is in the prototype stage,” says Dr. Butcher. Although the gas-fired version has already been demonstrated, he predicts the first oil-fired heat pumps may enter the field within a few years.

One of the biggest questions still remaining is how the oil-fired heat pump will provide cooling in the summer like its electric counterparts. “There are several options, including configuring the heat pump to be reversible and integrating with a conventional cooling system,” Dr. Butcher says. “These options are currently being evaluated.” 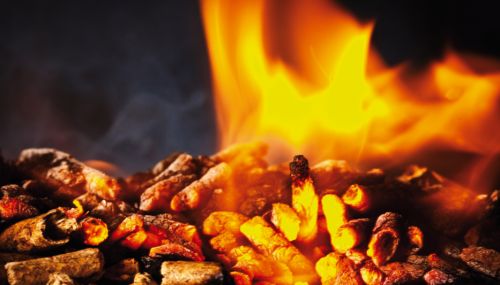 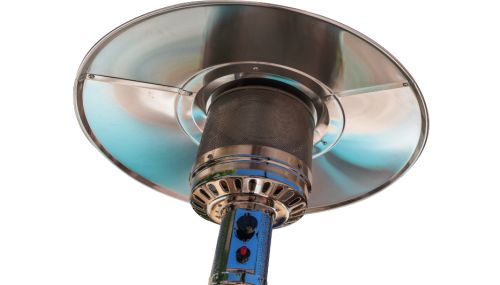 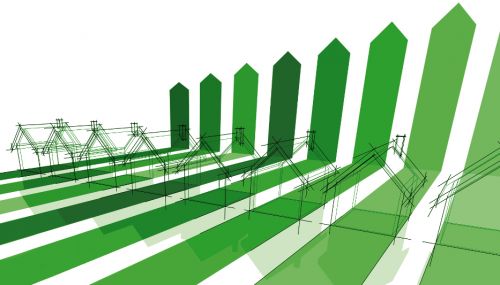 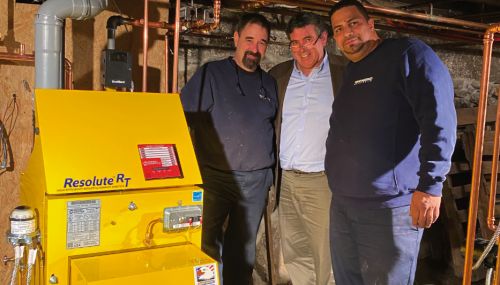 Now Running Up to B35: NEFI Headquarters