A Dearth of Distillate

Distillate fuel oil stocks at refineries, bulk terminals, and natural gas plants in New England states were the lowest in several years as of June 2022, according to the U.S. Energy Information Administration (EIA). Among the six states in New England, distillate stocks ranged from 90% less than the five-year (2017-21) average in Vermont to 32% below average in New Hampshire at the end of June 2022.

Distillate stocks were low in Central Atlantic states, too. Of the region’s five states (Delaware, Maryland, New Jersey, New York, and Pennsylvania), distillate stocks ranged from 70% less than the five-year average in Maryland to 15% above average in Delaware. These monthly stocks exclude those held within the Northeast Home Heating Oil Reserve (NEHHOR) and New York State Strategic Fuel Reserve, which collectively can hold more than 1 million barrels of distillate fuel oil. NEHHOR was established in 2000, and stocks from the NEHHOR have only been released once, in November 2012, following Hurricane Sandy. 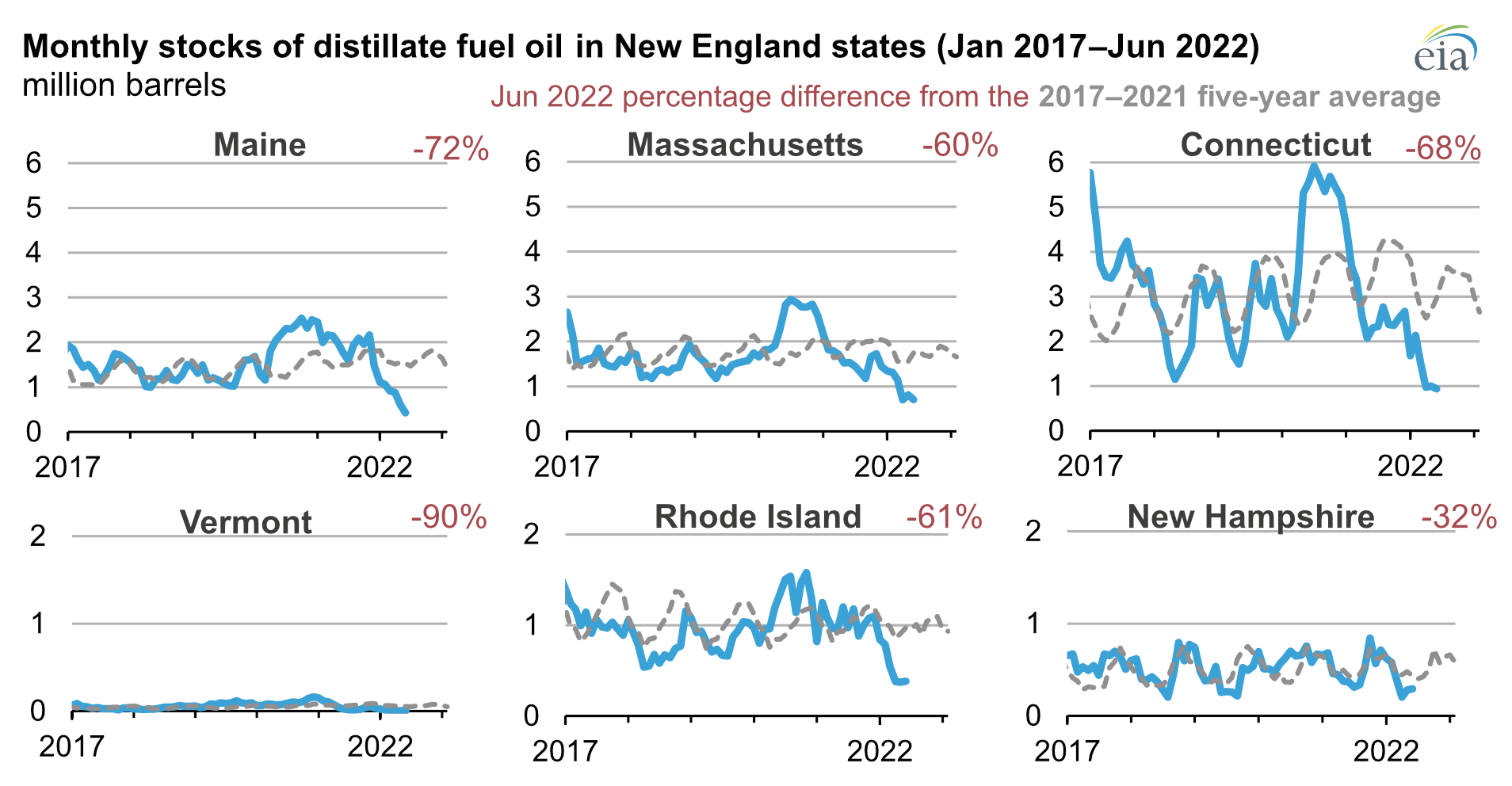 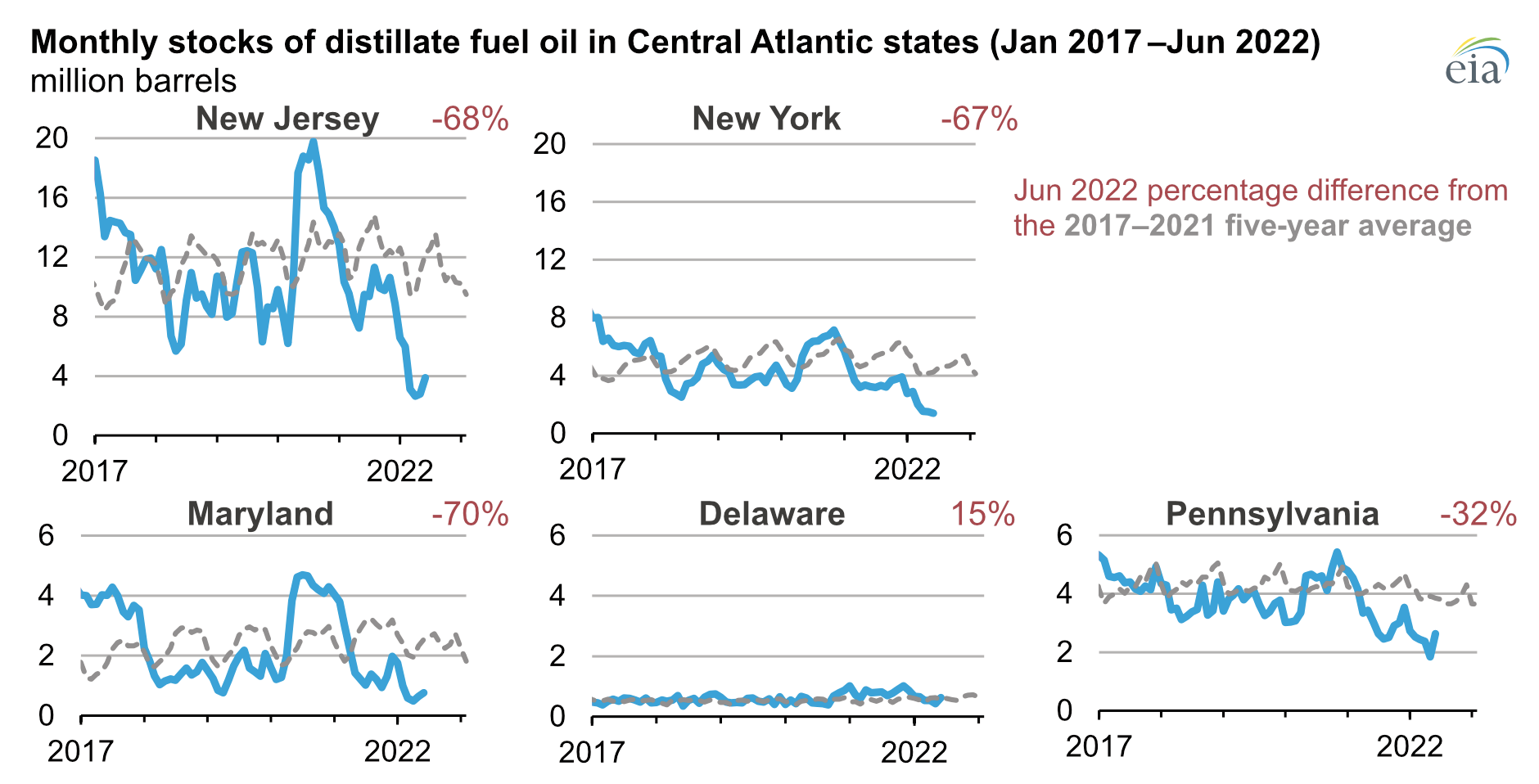 Several factors have contributed to low distillate stocks in New England and Central Atlantic states. Russia’s full-scale invasion of Ukraine has disrupted global distillate trade, creating a tight market for global distillate. Two of the refineries that supplied these states have closed since 2019 (the Philadelphia Energy Solutions refinery and the Come-by-Chance refinery in Newfoundland, Canada). PBF’s Paulsboro refinery reduced its capacity amid the COVID-19 pandemic. 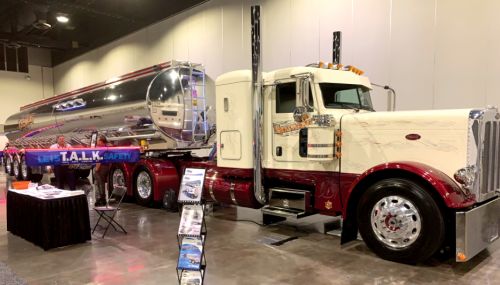 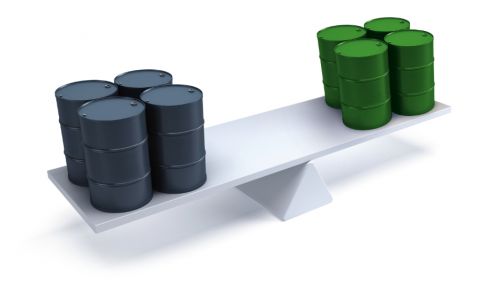 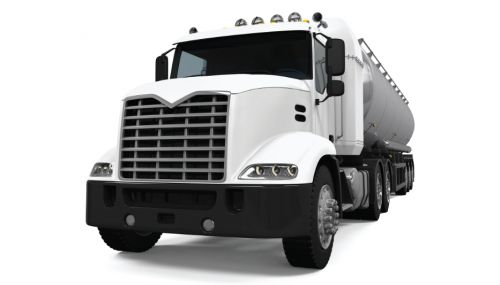