“The bloom is off the rose for natural gas in Maine…”

If the primary function of an industry association is to serve as a valuable resource and advocate for its membership, then the Maine Energy Marketers Association (MEMA) has in its president a leader who personifies these qualities.

Formerly a facility manager for a New Hampshire oil company, Jamie Py has been working with MEMA since coming aboard as legal counsel in 1995, just one year after he’d attained his law degree from the University of New Hampshire’s Franklin Pierce Law Center. Still a member of the Maine State Bar Association, Py was named President of MEMA in 2002 and has proudly served in this post since 2003.

In recent years, Maine has become a primary battleground for deliverable fuel dealers fighting utility encroachment as well as government overreach. However, on both fronts, liquid fuel industry stakeholders have been able to limit losses and hold their ground, thanks in part to the leadership, advocacy and other resources provided by MEMA.

Oil & Energy spoke with MEMA President Jamie Py about the situation on the ground in the northern most state of the contiguous U.S.

How is competition between deliverable fuels and natural gas shaking out in Maine? What sort of progress are the utilities making with consumers?
JP: A few years ago, our members were in the unique position of having to compete with a startup natural gas utility that was intent on spending $400 million to put pipe in the ground in order to serve areas in central Maine where natural gas was previously unavailable. While these were not necessarily large, dense population centers, the new utility fought our members heavily to win over their customers.

Today, that same utility is trying to buy customers, with $3,750 rebates for fuel conversions. Although it’s tough for deliverable fuel dealers to compete with those rebates, the fact that utilities need to resort to such incentives at all is indicative of the headwinds they are having in terms of expanding their reach to the general population. The bloom is off the rose for natural gas in Maine, so to speak.

That being said, other utilities continue to trudge forward and slowly expand their markets in Maine’s existing population centers. Still, such expansion doesn’t compare to the onslaught we witnessed from the aforementioned startup a few years ago. The good news is that although we lost about 5,000 customers to the new utility, heating oil is now less expensive than that utility’s gas product, so conversions have dwindled.

How do the prices of natural gas and heating oil compare now?
JP: Heating oil and natural gas’s average delivered prices are about even, with the new utility’s prices being higher and the legacy utilities’ marginally lower.

What steps is the association taking to help marketers fight natural gas expansion?
JP: The best help we can provide marketers is an actual price comparison between natural gas, heating oil and propane. This allows our members to speak meaningfully with customers regarding their fuel choices. Utilities are notorious for obfuscating consumer costs, making price comparisons extremely difficult. They have monthly meter fees, first-50-therms fees, and over-50-therms fees, as well as environmental and cost-recovery fees that are further broken down into Commodity and Distribution rates. When customers finally look at their utility bills, they have no idea how to compare the cost of natural gas to deliverable fuels’ relatively straightforward per-gallon prices.

We also have a “Not so fast!” campaign intended to get customers to pause and ask our members about the pros and cons of the different fuels before they make a decision on a conversion. Further, we aggressively announce when market prices for natural gas rise higher than heating oil. We did this last summer and received tremendous attention. Price is still king for most consumers.

What’s happening with heat pumps? Are any of the utilities succeeding in their effort to corner the heat pump installation market? Are your dealers installing heat pumps?
JP: Heat pumps have become the latest shiny object for legislators and bureaucrats to latch onto, as marketing claims about them have been significantly overblown. We give the legislature the facts and ask it to avoid picking winners and losers. Competition should sort out the market, not tax dollars.

While heat pumps are great air conditioners — albeit rather expensive for the seven or so days out of the year that you actually need one here in Maine — a few recent in-field studies have indicated that their heating performance is much poorer than previously claimed. Our members do sell them and if a customer wants one, they will of course sell it. In some applications, heat pumps do produce decent and inexpensive space heating, but in other situations, they are more expensive and will never provide a payback. Many of our members recommend shutting off the heat pump from December through March in most cases, as oil- and propane-fired central heating systems offer a better and more comfortable option.

The utilities would love to sell more electricity, so they have embarked on many campaigns to push electric heat pumps. We have defeated a few attempts by utility monopolies to position themselves as the primary sellers and/or installers. I think that we’ve finally arrived at a place where the utilities understand they are not service and installation companies, and they’ve conceded that existing installers can do a much better and more efficient job of installing and selling comfort systems.

What is the state of the battle over the Port of South Portland? To what extent is dealer access to product under threat?
JP: The battle is now in the Federal Court, as the Portland Pipeline Corporation (PPC) has sued the City of South Portland to overturn its ordinance prohibiting the export of crude oil. The PPC claims that prohibition violates the Commerce Clause and other international agreements, reasoning that if a locality can successfully prevent the international import or export of products, then any town council can shut down international trade on whatever product or service they don’t like, or they deem politically incorrect. This is exactly what the institutional left and environmentalist organizations understand, which is why they have focused their efforts on electing city and town councilors who are ready, willing, and able to implement their anti-petroleum ideology at the local level. We see this game plan unfolding throughout the U.S.

We narrowly defeated a much broader city ordinance that would have started the demise of the terminals in South Portland. The council-passed ordinance at hand only prevents the Portland Pipeline from loading ships with crude oil for export, so there is no effect on local distribution.

Are the restrictions imposed by the Jones Act problematic for Maine dealers?
JP: Yes. If the Northeast could be supplied solely by ships coming out of the gulf, then we would have greater security of supply for all deliverable heating fuels (heating oil and propane), as Jones-compliant ships are not common due to cost restrictions.

How will marketers and consumers benefit from heating oil and diesel becoming one and the same in 2018?
JP: Consumers will experience a reduction in service calls and an increase in efficiency due to the cleaner chamber. Marketers will be able to sell a heating oil product that is the cleanest in the world, one that matches the tiny particulate emissions of natural gas and propane. Having a single product also consolidates the product stream, which should lead to greater logistical efficiencies.

Is there any consideration in Maine to enacting a Bioheat mandate?
JP: This debate is still ongoing but is dependent on actual supply becoming readily accessible. This is a chicken-and-egg situation, but the logistics of bringing significant quantities of biodiesel into the state are complicated. Add in the limitations of rail transport and the uncertainty of foreign cargo imports, and we have a very fluid and unpredictable supply scenario.

How important are the biodiesel tax credit and the RFS to your members? Is it vital to keep the tax credit at the blender level?
JP: Without the tax credit, it’s less likely that consumers will enjoy greater access to renewable heating oil. We believe leaving the blender credit where it is best positions Maine for more investment in biofuel-handling infrastructure. Given the reality that surveyed consumers have indicated a bio-blended heating oil option would significantly deter conversions, it is clearly extremely important, especially if a state RFS were to include thermal opportunities and credits.

Now that NORA has bolstered its research and development operations, are there any particular products or technologies that you would like to see emerge?
JP: I am looking forward to the research demonstrating proven Biofine wood-to-liquid heating fuel applications, as a renewable biomass solution would be a game changer for the Maine wood products industry. Any technology that lowers consumption, increases efficiency and is less expensive is a home run. 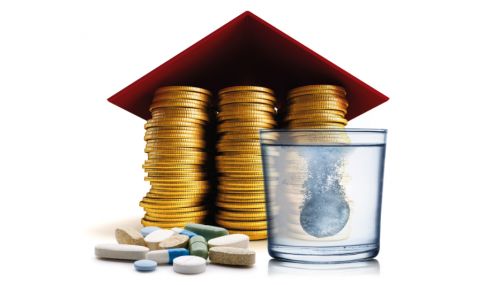