It started in Berkeley, California. Last July, the city became the first in the U.S. to ban natural gas hookups in new homes. The ban, which so far applies only to new low-rise residential buildings but may be expanded to other building types, was approved by a unanimous vote of city council.

Twelve other cities and one county in California quickly followed suit, revising building codes to prevent new natural gas hookups. There were talks of more fossil fuel bans in other West Coast municipalities throughout Southern and Northern California as well as Oregon and Washington.

In September, Seattle Mayor Jenny Durkan signed into law a 24-cents-per-gallon home heating oil tax. The tax law passed unanimously after Seattle’s city council added a provision exempting the biodiesel portion of any blended heating oil product.
Still, all of this remained a world away on the ultra progressive West Coast ... right?
Then it happened in Brookline, Massachusetts.

On November 20, 2019, the Town of Brookline voted to ban both oil and gas piping in all new constructions and any building that undergoes “significant rehabilitation.”

The Massachusetts Energy Marketers Association (MEMA), as well as gas utilities and some real estate groups and restaurant owners, had opposed the ban when it was proposed earlier last year. In comments submitted on August 22, 2019, MEMA wrote:

“1. Relying on the electric infrastructure in MA to support a complete shift to ‘electrification’ as a replacement energy source for all fossil fuel driven appliances such as boilers, furnaces, water heaters and stoves is uncertain at best; and is an unproven, ineffective solution to meeting the state’s goals set under the Global Warming Solutions Act and Brookline’s efforts to mitigate the impact of climate change. When questioned about the veracity of future predictions of renewable electricity and its role in replacing fossil fuels as cited in the Commonwealth’s Comprehensive Energy Plan released in December of 2018, high-ranking state energy officials stated recently that many of the calculations in the plan are ‘aspirational.’

“2. Instead of encouraging homeowners and businesses to convert from fossil-based fuels to other technologies such as expensive electric heat pumps that have proven performance limitations, Brookline should embrace the expanded use of renewable, clean biodiesel for space heating as one pathway for reducing Greenhouse gas emissions. For more than a decade, the heating oil industry in MA has voluntarily embraced blending heating oil with biodiesel to help the state meet its climate change goals, and biodiesel use is rapidly expanding.

“Currently, over 40 retail heating oil companies in MA — several of them serving thousands of homes in Brookline — are providing customers with a biodiesel blend of 10%, while others are delivering blends as high as 30%. Unlike costly conversions to other fuels, there’s no additional cost to consumers to use biodiesel in their existing system, and no heating system modifications are required.

“3. The yet-to-be-determined definition of ‘rehabilitation projects’ in the proposed bylaw announcement is troubling and could have a dramatic impact on all households in Brookline with varying income levels.

“This could impact an elderly couple on a fixed income and fuel assistance seeking to replace an aging heating oil system with a cleaner-burning, highly efficient oil-fired system that uses renewable biodiesel that is less expensive and better than electric heat pump technology.

“This could also impact a first-home buyer and deter he/she from upgrading their older heating oil system with the help of equipment rebate incentives offered by our association and the Mass Save program.

“And for the multi-million $$ homeowner in Brookline, the proposed bylaw could restrict the installation of a new, high-end gas stove for a complete kitchen rehab.

“4. Further, this proposed bylaw removes the ability for Brookline residents to make their own choices for energy based on their individual needs and budget. The bylaw will also have a significant economic impact on many business owners, their employees, those providing energy services, and plumbing, electrical and carpentry work.”

Despite vocal opposition, the town voted overwhelmingly in favor of the ban (200 in favor, three against, six abstentions). The final bylaw defined “significant rehabilitation” as renovations to “more than 50% of the building floor area.” The replacement of existing heating oil, natural gas, and propane systems, or repairs to these systems, was not impacted by the bylaw. Also exempt from the ban: “portable propane appliances for outdoor cooking and heating,” i.e., gas grills; “fuel pipes whose exclusive purpose is to fuel backup generators,” i.e., pipes for oil- and gas-powered generators; and “utility service pipe connecting the grid to a meter, or to a gas meter itself.”

“After attending two public meetings on this proposal last summer and presenting the heating oil industry position that we’re a partner in reducing fossil fuel use through heating system efficiencies and clean, renewable Bioheat®, it was apparent to me that this proposal would eventually be approved by Brookline voters,” said MEMA President Michael Ferrante.

As written, Brookline’s fossil fuel infrastructure ban would take effect June 1, 2020. However, the bylaw remained subject to approval from Massachusetts Attorney General Maura Healey. “MEMA is exploring what options might be available to us to challenge this ruling through the Attorney General’s office,” Ferrante said.

Following Brookline’s lead, several other Massachusetts communities have begun considering similar fossil fuel bans. These include Cambridge, Newton, Arlington and Lexington. It’s worth noting here that the Brookline bylaw and similar ordinances proposed in Massachusetts were modeled directly on the Berkeley ban, with the only major addition being the inclusion of “significant rehabilitation.”

Berkeley and Brookline took a novel approach to stopping the spread of fossil fuel infrastructure. Instead of trying to ban pipeline construction, the municipalities amended the building codes so that no new homes could use gas or oil for heating. As a result, this legislative work-around has raised alarms with not only fuel dealers and gas utilities, but also real estate developers who see construction costs rising and corporate investments slowing in areas with tighter building regulations.

Opponents to the bans have argued that the so-called “stretch” building codes violate state laws regulating energy use. City lawyers have taken note. During a recent Cambridge City Council meeting, Deputy City Solicitor Nancy Glowa said her municipality’s proposed natural gas ban probably wouldn’t withstand legal scrutiny. “It is our analysis that [the proposed ban] would likely be found to be preempted by state law if this were challenged in court,” she told the council’s ordinance committee.

For now, all eyes are on the state attorney general’s office, which is currently reviewing the Brookline ban. At press time (January 15, 2020), MEMA was preparing a letter to Attorney General Healey in hopes of persuading her to turn back the bylaw. Should she approve it, however, the natural utilities were expected to sue, likely backed by big oil and real estate interests.

“Natural gas and bio-heat [sic] remain essential to a transitioning and evolving energy marketplace, supporting additional renewables development while remaining a cheap and environmentally friendly option,” said Stephen Dodge, executive director of the New England Petroleum Council, in a statement to The Eagle-Tribune of North Andover. “New England families deserve better than misguided ordinances that could increase household energy costs and limit the very fuel that is driving U.S. emissions down to their lowest levels in a generation.”

Tamara Small, CEO of commercial real estate development association NAIOP Massachusetts, relayed her industry’s concerns about rising costs. “Construction and land costs are already high, and if you tag on additional costs, that could be the straw the breaks the camel’s back,” she told The Eagle-Tribune. “Municipalities cannot adopt their own building or energy codes unless there are special conditions.”

Of course, there is another side to this coin. If the municipal ordinances were to ban only natural gas hookups — not tanks and piping for biodiesel-blended heating oil a.k.a. Bioheat® fuel — it would present a major opportunity for the renewable liquid heating fuel industry.

And while the Brookline bylaw targeted both natural gas and heating oil infrastructure, it’s not difficult to foresee other cities making exemptions for biodiesel-blended heating oil, much like Seattle did when it passed the aforementioned fuel tax.

Furthermore, while climate change has been a major impetus for the latest wave of anti-fossil fuel legislation, so too are public health and safety concerns related specifically to natural gas leaks and explosions.

It is likely not coincidental that these municipal bans were passed in California and Massachusetts — the states that are respective homes to the Aliso Canyon leak and Merrimack Valley explosions, two of the most costly, damaging and widely publicized natural gas disasters in recent memory if not in history. Indeed, numerous publications raised the specter of the Merrimack Valley Disaster throughout their coverage of the Brookline bylaw. And with Andover less than 30 miles away, odds are Brookline citizens kept the 2018 explosions, which caused the death of an 18-year-old and damaged more than 100 homes, close to mind when considering the ordinance.

Adding gas to the fire, recent studies have exposed how methane wells, leaks and “super-emitters” are all more common and hazardous than previously thought. One study of “Large Fugitive Methane Emissions from Urban Centers Along the U.S. East Coast,” which appeared in the journal Geophysical Research Letters and was covered by the Boston Globe, found that Boston and other major eastern cities produce more than double the amount of methane previously estimated.

Research from Harvard University, the University of Michigan, and the National Oceanic and Atmospheric Administration showed that natural gas leaks in six East Coast cities — Boston, New York, Philadelphia, Baltimore, Providence, RI, and Washington, DC — release a total of 890,000 metric tons of methane per year, exceeding even the emissions produced from the Bakken Shale.

Another Harvard study, published in the Journal of Environmental Health, found that around 65% of active natural gas storage wells in the U.S. are located in suburban residential areas. Readers may recall it was a well failure that led to the 2015 Aliso Canyon leak, the single largest methane release in U.S. history.

All told, the study found that 20,000 homes and 53,000 people in predominantly suburban areas of Pennsylvania, Ohio, West Virginia, Michigan, New York, and California live within one city block of active underground natural gas storage wells. When the Aliso Canyon blowout occurred, the nearest home was a full mile away, yet thousands of residents in a five-mile radius were evacuated.

It’s easy to imagine how devastating the impact could be in more densely populated areas. The Merrimack Valley Disaster — though resulting from over-pressurization of a gas line rather than a well failure — shows precisely how dangerous natural gas leaks can be in Northeast suburbs.

MEMA and Bioheat fuel dealers across the Northeast have argued that renewable liquid heating fuels provide the quickest, most cost-effective pathway to reaching net-zero emissions by 2050, and the Providence Resolution shows that the heating oil industry is committed to this cause.

Moving forward, industry stakeholders might also bring further attention to the safety advantages afforded by non-flammable renewable liquid heating fuels, which are stored independently rather than transmitted via utility pipeline. Industry efforts to develop and install more energy-efficient heating systems and safer storage tanks are sure to help complement that message (see story on next page).

Where the next fuel ban or tax legislation proposal will emerge is anyone’s guess, but state and local associations are sure to keep watch, knowing that their response to such proposals and their efforts to proactively promote the benefits of renewable liquid heating fuels are critical to the industry’s future. 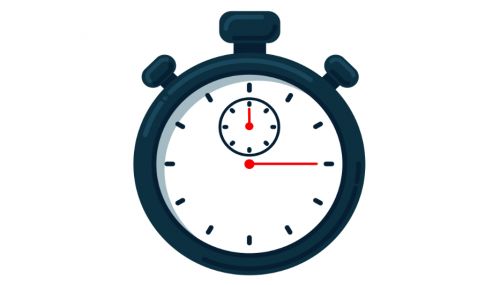 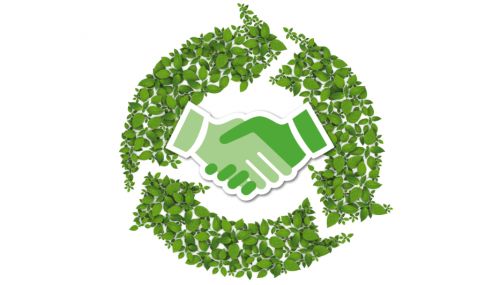 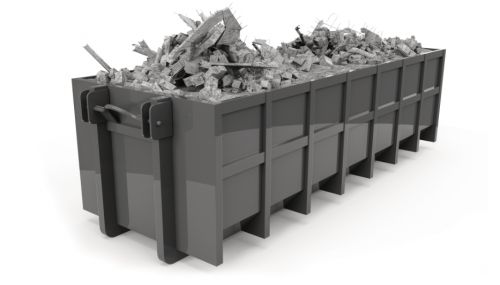