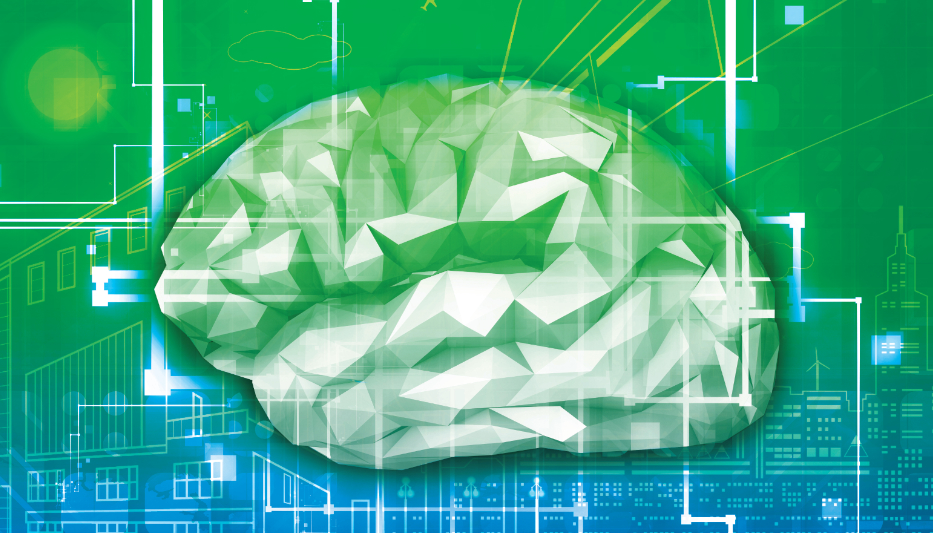 Last issue, Oil & Energy recapped the Northeast heating fuel summit, aka the Providence Summit, a gathering held September 16 at the Rhode Island Convention Center as part of the 2019 HEAT Show. During the summit, over 300 energy professionals came together to discuss the industry’s future. Together they approved, without objection, a resolution for the Northeast heating oil sector to achieve 15 percent emissions reductions by 2023, 40 percent reductions by 2030 and a net-zero carbon fuel by 2050. It is widely understood that heating oil will need to be increasingly blended with biodiesel and other advanced biofuels such as renewable diesel and ethyl levulinate in order to reach these goals.

Along the way to the Providence Resolution, energy professionals in attendance at the summit were tasked with considering a number of questions related not only to biofuel blending, but also infrastructure and supply, heating fuel equipment, electric heat pumps, communications, and policymaking. Working in breakout groups, summit attendees aired their views on these topics and developed a list of possible solutions that could help answer the questions at hand. This article offers a summary of possible solutions proposed by the summit breakout groups, followed by a report on a closed-door meeting that was held after the summit to begin officially addressing these issues.

Key Question: Will there be adequate supply of renewable fuels to meet high blends, and how do we address transportation and infrastructure concerns?

Possible Solutions: In order to address concerns regarding renewable fuel supplies, a feedstock-neutral approach — whereby no single feedstock (e.g., soybean oil or animal fats) is favored over the others — might need to be taken.

As for transportation and infrastructure, many oil pipelines are already testing renewable fuels. These pipes offer one option to help address concerns. Railcars and Jones Act-compliant ships offer other options. All will be considered.

Key Question: Which is the best path to ensure swift transition to and widespread use of renewable fuels?

Possible Solutions: Although there remains some concern as to whether all heating fuel dealers are willing to concede the existence of man-made climate change, there is a broad consensus that the industry must push for legislation supporting renewable fuels regardless.

New York and Rhode Island have shown that mandates can help support widespread use of renewable fuels. Consumer tax credits such as those in New York offer another option, though they are difficult to promote when blend levels are inconsistent from one area to the next. On the other hand, a carbon tax on heating fuels could be yet another answer, assuming the tax does not apply to the fuel’s renewable component.

Overall, if a region-wide mandate or incentive is to be approved, it might follow a path similar to the ultra-low sulfur heating oil transition New England successfully completed in 2018. Under such a transition, one state legislature could create a unifying framework for neighboring states to follow.

Key Question: What appliance, storage tank, and fuel quality concerns exist and how do we address them?

Possible Solutions: According to the results of National Oilheat Research Alliance testing, cold-weather storage concerns can be addressed by moving fuel tanks indoors, by heating, insulating, or covering the tanks, or by incorporating renewable fuels made from feedstocks with better cold-flow properties. However, many outdated and “dirty” tanks need to be replaced anyway, which offers an ideal starting point to help address all of these concerns.

As for appliances, burner installers and manufacturers might need to transition to offering only devices that are appropriately listed and certified as compatible for use with renewable liquid heating fuels. Additionally, any resistance to renewable fuels among service technicians might be addressed via training.

On the fuel quality side, it is widely acknowledged that many of the most common cold-weather and fuel-fouling issues can be managed via “good housekeeping” and following the accepted “best practices.

“Fighting the “Electrify Everything” Myth

Key Question: What strategies and talking points are most effective in responding to thermal electrification and how do we educate consumers?

Possible Solutions: To counter the “electrify everything” myth, heating fuel dealers and associations must speak as one unified voice, much like the utilities do. Renewable fuels can help heating oil clean up its image, but much more consumer education will be needed.

As for which talking points are most successful, heating fuel dealers and associations are able to reclaim the narrative surrounding their product by telling their success stories. Some breakout session attendees found blogs and social media more effective in this regard than traditional bill stuffers.

To help address concerns about funding for consumer education, heating fuel dealers and associations can work directly with longtime partners like manufacturers. New allies might also be found in the green movement. Stale facts about oilheat will need to be updated to educate consumers on the properties of renewable fuels. And finally, to win the fight against the “electrify everything” movement, ratepayers need to be educated about grid capacity.

“Don’t Legislate Us Out of Business!”

Key Question: How do we get legislators, regulators, and other policymakers on-board with our product as being critical to a low carbon future?

Possible Solutions: Firstly, this breakout group decided, the heating fuel industry needs to overcome regulators’ perceptions by presenting a message that is unified across state lines and provides answers on all fronts.

To accomplish this, the industry might consider adopting a broadened definition of Bioheat®  fuel. (This registered trademark of the National Biodiesel Board technically only refers to heating oil blends containing up to 5 percent biodiesel; other terms such as Bioheat Plus and Super Plus have been used for higher blends.) Furthermore, industry champions can be cultivated among individual businesses, not just from trade groups.

Finally, the group raised the possibility of mandating a B50 blend by 2030 and a carbon-neutral heating fuel by 2050.

As noted last issue, some of the solutions proposed above are simple and immediately actionable. Others are more difficult and necessitate additional strategizing in the weeks, months and years ahead. That work began in earnest this November.

Nearly 50 industry leaders from across the Northeast gathered in Boston for a closed-door meeting to discuss next steps following the Providence Resolution. The two-day meeting was held at the Courtyard Marriott in Boston on Tuesday, November 5 and Wednesday, November 6, 2019. Participants in this new “task force” include Northeast association executives and chairs, representatives from the major fuel wholesalers and biofuel producers, and other industry stakeholders.

According to those who attended the meeting, the group enumerated both the challenges and opportunities presented by the Providence Resolution. Participants created five new working groups, each of which is focused on different issues and charged with making actionable recommendations to the larger task force. The working groups are currently being finalized and expected to begin their work immediately, with a reconvening of the larger group planned for early next year.

Since the Providence Resolution passed in September, it has been ratified by state heating oil associations in New York and New Jersey as well as several local associations in Pennsylvania. After the task force meeting, reports indicated that other trade groups planned to vote on the resolution as well.

“I am stunned by the overwhelming support for the resolution within our industry,” said NEFI President & CEO Sean Cota. “It really shouldn’t be surprising given that every single Northeast state has at this point approved laws to dramatically reduce greenhouse gas emissions economy wide.” Cota noted that the goals of the resolution mirror those of the New York State climate law enacted earlier this year.

“Now we need to get our message out to policymakers,” Cota said. “That message being that our members can achieve the goals set forth by these climate laws more efficiently and cost effectively than any competing fuel. We must now suit up and develop the game plan for moving the ball down the field and ultimately to the end-zone.”

While many of the questions asked at the summit remain partially unanswered, it is worth noting that the Providence Resolution provides a marketable solution to many of the issues and challenges discussed in September and November. Specifically, the resolution can be seen as answering any calls for a regional standard or unified message. Moreover, it can show policymakers that the Northeast heating fuel industry is serious about improving its environmental profile and actively working to eliminate greenhouse gas emissions across the region. 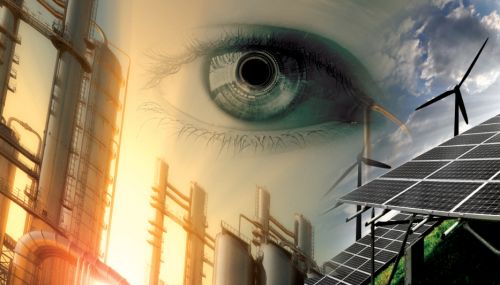 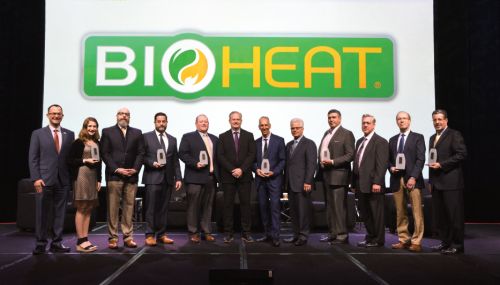 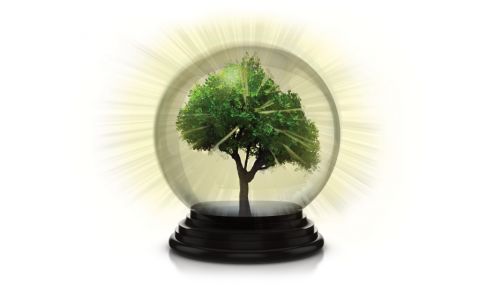 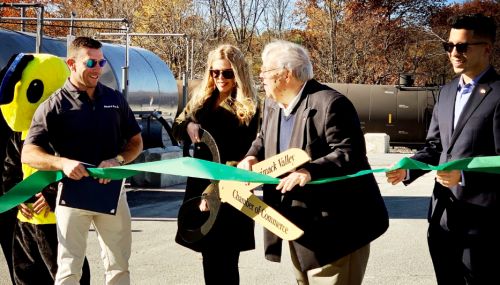